Navigating through the various rules from province to province.
May 17, 2018

Keeping up with Canadian labour regulations is a daunting task, especially if you’re a national firm. While the 10 provinces and three territories set their own labour laws, some enterprises also fall under federal law. If, for example, your local trucking company starts crossing provincial borders, you may quickly move from being provincially to federally regulated.

To add to this complexity, in some cases the vagueness in the Canadian Constitution Act has required the help of the courts to determine whether employees are subject to provincial or federal jurisdiction.

It can get confusing — and potentially, costly — very quickly.

Disability insurance and workers’ compensation, in particular, can be impacted by these variations.

Six provinces, for instance, have passed legislation directly linking workplace trauma to psychological disorders such as post-traumatic stress disorder (PTSD). However, the rules for each of those provinces fluctuate depending on the exact situation, and groups like the Canadian Labour Congress help explain the differences.

In most provinces with this legislation, PTSD is considered a “presumptive” claim for workers’ compensation benefits. That means that if a first responder claims PTSD, it’s presumed to have been caused in the workplace.

These inconsistencies in coverage from region to region mean that companies that operate in more than one province will need to stay on top of the many differences.

It should come as no surprise that in addition to these legislative variations, each province also has a different set of forms, procedures and timelines for workers’ compensation claims and appeals.

As a case in point, an employer in Alberta can apply for relief of costs in a claim if a medical procedure is delayed. However, in B.C. employers can only apply for cost relief if there are at least 10 weeks in which wage loss occurred. HR departments operating in multiple provinces can feel overwhelmed with the time to uncover these differences and deal with the administrative tasks that follow.

For national health and safety officers, risk officers or human resources personnel, it means keeping track of the rules and regulations for each province — in addition to the timelines for filing paperwork or appealing a claim (which, again, vary from province to province). For these professionals, a national perspective on human resources that takes into account the granular provincial variations will result in a huge advantage in terms of timesaving and cost mitigation.

Related: Is your employee absence reporting too “casual”?

The best of both worlds

Working with multiple systems in multiple locations can be frustrating for administrators and consume their days with inefficiency. But there is a major upside to thinking nationally.

For starters, having one centralized system can standardize items such as incident and absence reporting, making it easier to keep consistent records. This, in turn, makes it easier to support corporate growth in new locations, while maintaining the same values, goals and corporate culture. 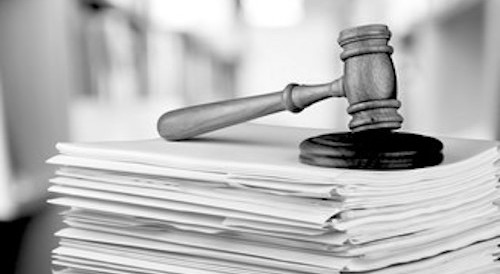 A national perspective can also provide an overarching understanding of the similarities and differences in each jurisdiction — even including those areas where they’re not currently operating. This view can provide insights into best practices and help drive the overall policies of the organization.

Provincial labour boards tend to follow each other, so understanding the requirements in each province can also help you anticipate changes that may be on the horizon in other provinces. A firm that supports regulations in Saskatchewan today, for example, will be better prepared to support legislative change to that same regulation in New Brunswick tomorrow.

Even a company operating in only one jurisdiction can benefit from this knowledge, since having an understanding of the whole picture — not just the parts — can be beneficial from a best practices point of view. For firms with multiple locations across the country, this expertise can help to create standardized policies and procedures.

We stand on guard for thee…

Overall, a national approach could lead to greater efficiency and productivity — even major cost savings.

Insights gained from understanding the differences among provinces and territories can help a firm act more strategically with its human capital, anticipate change and maintain compliance. It also makes life easier for health and safety officers, HR departments and administrators while providing better services for employees — a win-win for everyone involved.